It’s official! SHINE for kids has joined the national Raise the Age campaign.

Across Australia, children as young as 10 can be arrested by police, charged with an offence, hauled before a court and locked away in a prison. It’s time for the federal, state and territory governments to do what is right and change the laws to raise the age, so children aged 10 to 13 years are not sent to prison.

In just one year in Australia close to 600 children aged 10 to 13 years were incarcerated.

Aboriginal and Torres Strait Islander children are disproportionately impacted by these laws and pushed into prison cells at even higher rates, accounting for 65 per cent of these younger children in prisons.

Everyone knows that children do best when they are supported, nurtured and loved. But across Australia, children as young as 10 can be arrested by police, charged with an offence, hauled before a court and locked away in youth prisons.

When children this young are forced through a criminal legal process at such a formative age, they can suffer immense harm – to their health, wellbeing and future. Ten year old kids belong in schools and playgrounds, not placed in handcuffs, held in watch houses or locked in prisons away from their families, community and culture.

Governments can change this by raising the minimum age of criminal responsibility to at least 14 years.

You need to be 18 to vote, 16 to drive a car, 13 to get a Facebook account but at age 10 you can be imprisoned. At this age most children are still in a booster seat and riding in the back seat of the car. VicRoads recognises that children up to 12 years old still require supervision when crossing the road.

We all want our kids to learn from their mistakes, go to school and get good jobs. This outdated system leads to exactly what we don’t want. Imprisoning children increases their likelihood of them returning to jail, severely stunts their development and disproportionately affects Indigenous Australians. – April Long National Operations Manager, SHINE for Kids

Raising the age of criminal responsibility does not mean that there are no consequences for children. On the contrary, it’s about holding them to account the right way. We must remove the lens of justice and criminality when we respond to the harmful behaviour of children under 14, and look seriously at the underlying factors in a young person’s life.

You can download our Raise the Age Fact Sheet here.

Join us in this fight for justice. 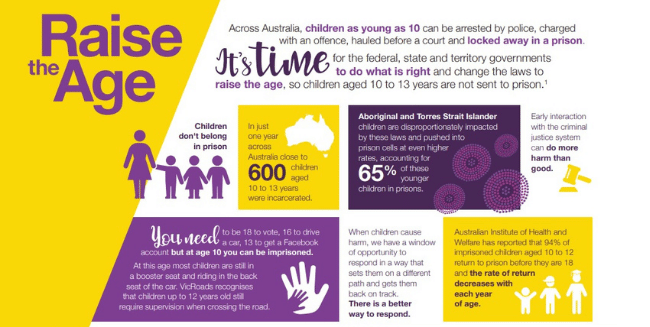 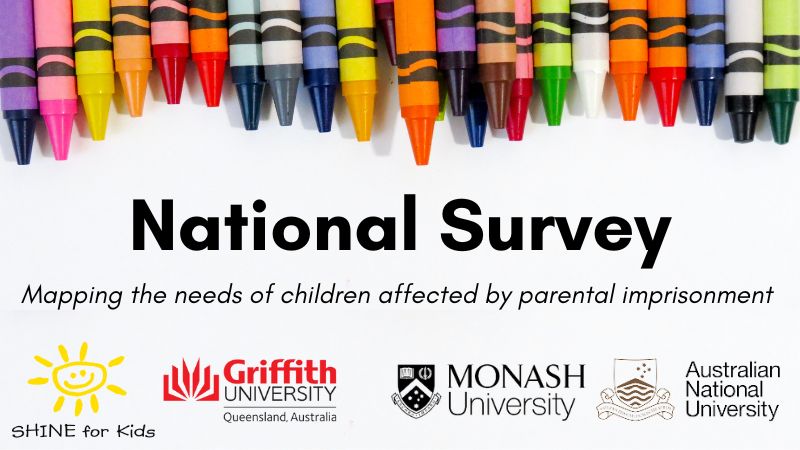 Take our National Survey for families and carers

Is your child’s mum or dad in custody? Or do you care for a child with a parent or both parents in custody? You have valuable insight into what needs to be […]

Our team in the ACT were interviewed by Speech Pathology Australia Senior Advisor, Justice Mary Woodward. They discuss the unique challenges children in custody face and the ways speech pathologists can better […]